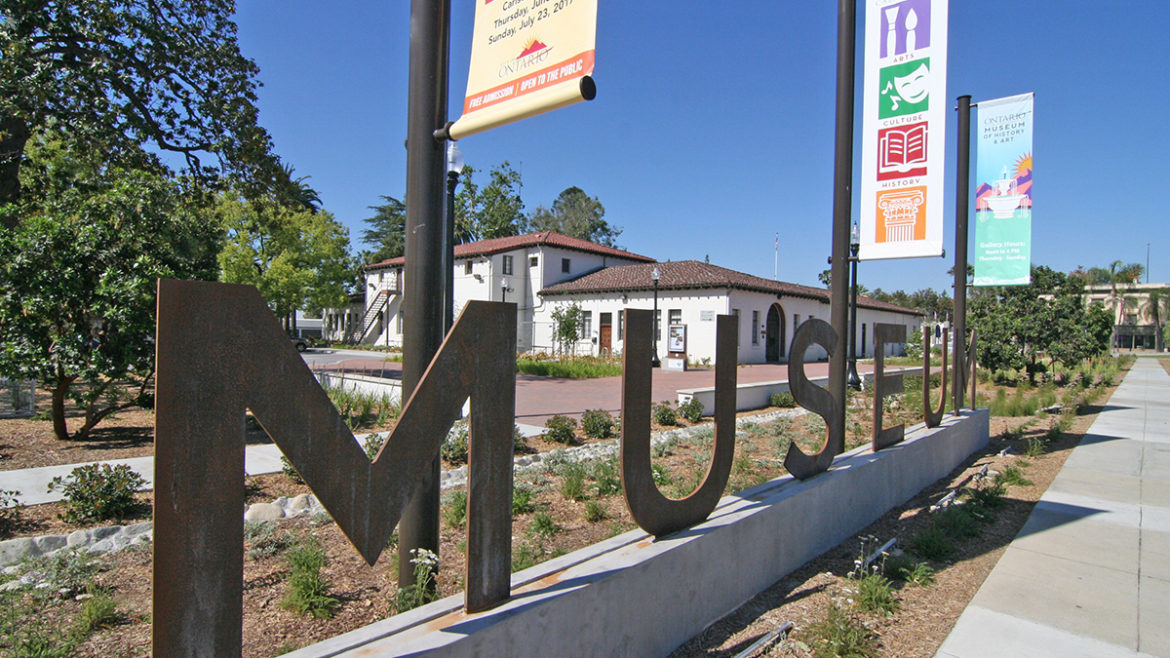 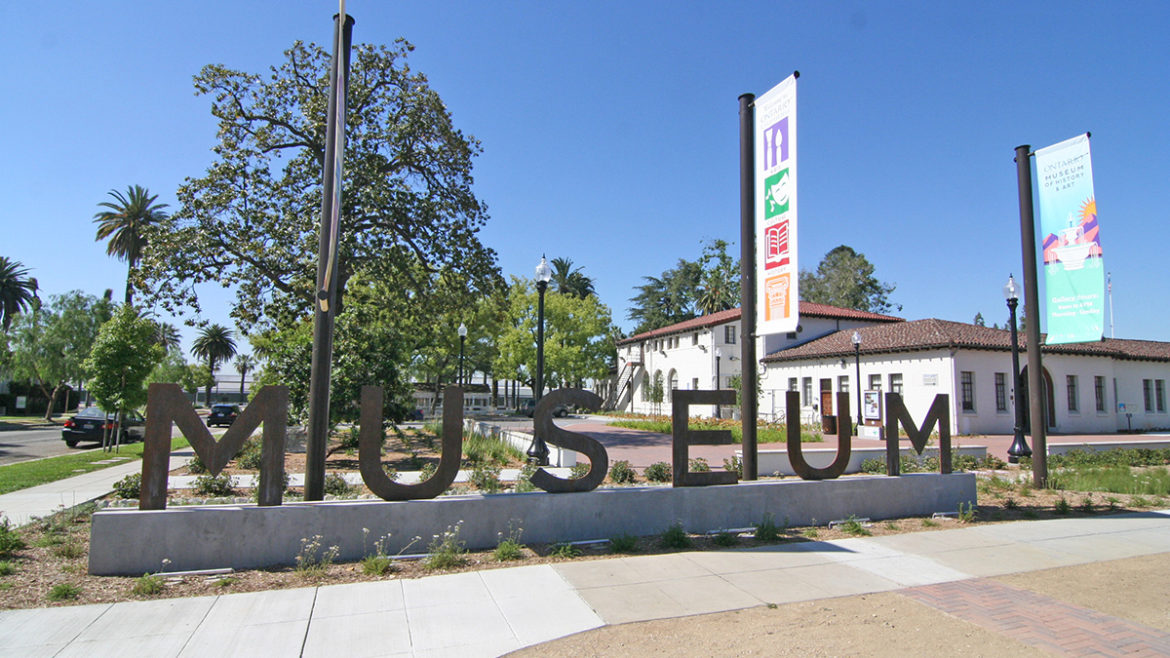 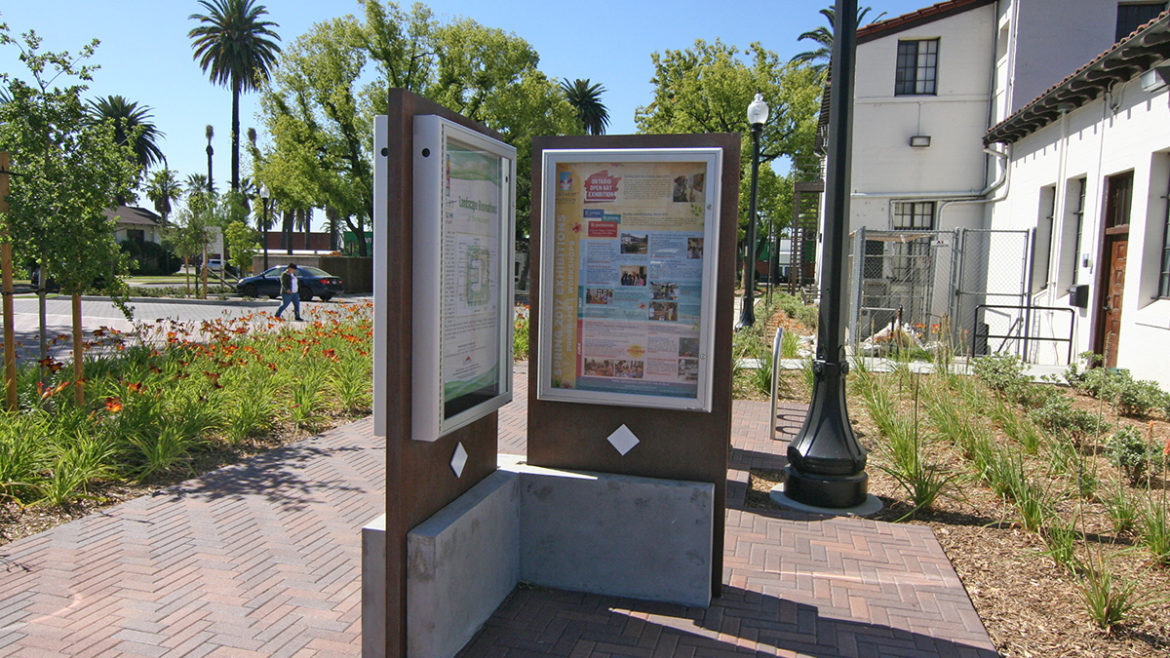 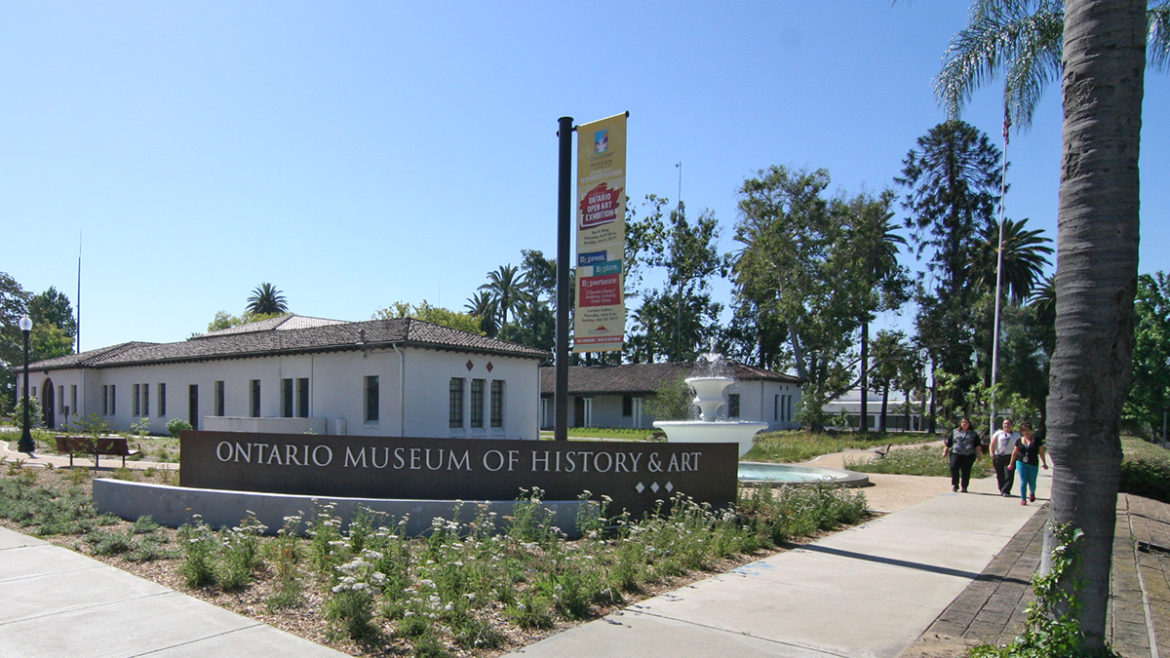 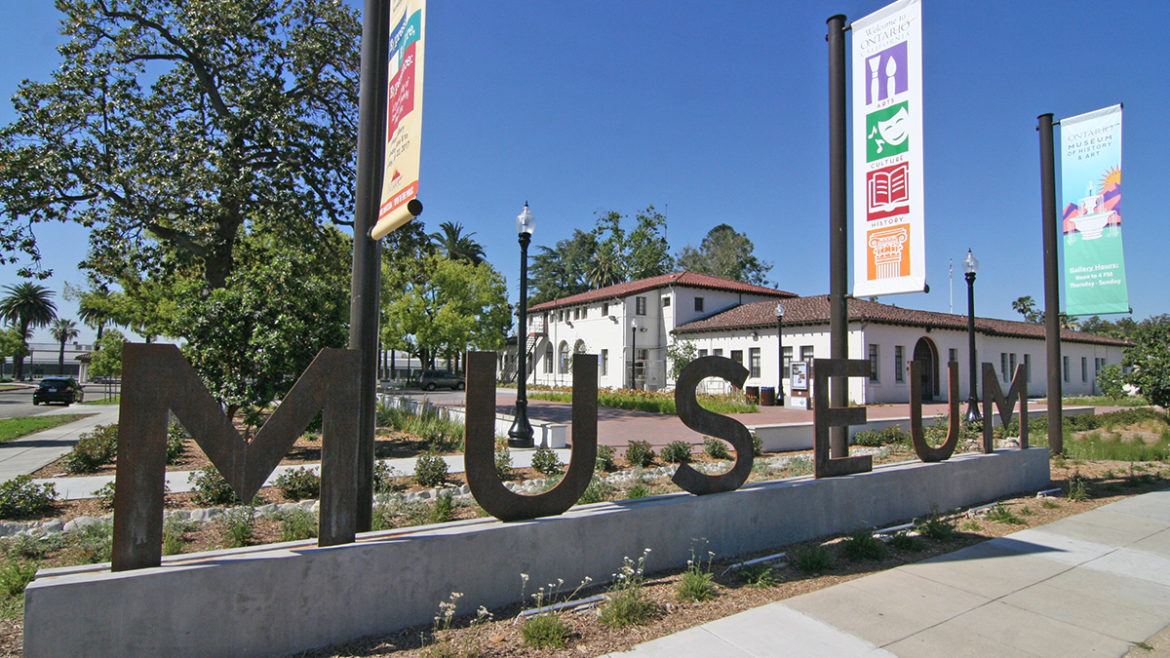 Changes Boost Profile of Ontario Museum of History and Art

A striking new sign and re-imagined grounds welcome visitors to the Ontario Museum of History and Art, a facility open since 1979 but which in 2017 many locals still haven’t discovered.

“We hear it all the time: ‘I’ve lived here for 30 years, and I didn’t know Ontario had a museum.’ I’m amazed by that,” Debi Dorst-Porada, a councilwoman, said.

Do these people know Ontario has a newspaper, in which word of the museum frequently appears?

Regardless, the museum’s profile is on the rise. An exhibit that includes art by Millard Sheets, perhaps the most prominent artist the Inland Valley has produced, is on view through March 26. It’s the first collaboration with the privately operated Chaffey Community Museum of Art next door.

And, in a makeover coinciding with the exhibit, City Hall sunk more than $1 million into exterior improvements, making the museum, at 225 S. Lemon Ave., more visible and inviting.

As one of those rarefied folks who knew the museum existed, I’ve been there many times over the years to see its local and traveling exhibits or attend programs. (For one thing, it’s free.) But on my visit earlier this month, as crews in orange work shirts scrambled to put the finishing touches on all the changes, the results were eye-opening.

The lawn along Transit Street, the north side of the museum, was gone, replaced by native plants, a meandering path of decomposed granite, a brightly tiled plaza and a kiosk with information about the museum. All this is behind a long steel sign along Transit at Lemon that spells out “MUSEUM” in single letters, a modern design touch.

“Finally, people will know we have a museum just by virtue of the signage,” said Mark Chase, director of the city’s community and public services agency, who oversees the museum.